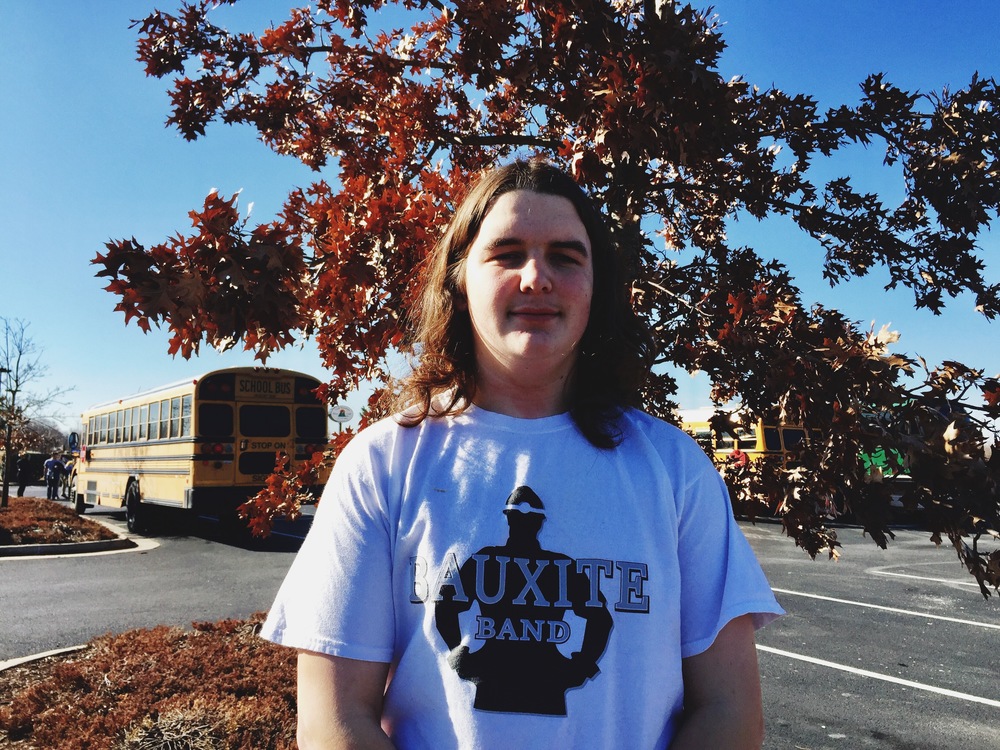 Ray Cross is a Junior at Bauxite High School. He recently made the Arkansas All-State Band for the second time. In 2016, Ray became the 4th student from Bauxite to ever make the All-State Band, joining Jeff Shepard (Trombone-1987), Chris Davenport (Percussion-1987), and Shuhou Kou (Alto Sax-2013). This year he became the first Bauxite student ever to make All-State band twice, and he is only in 11thgrade.

Ray began playing tuba in the Bauxite Beginning Band as a 7th grader where he completed the first, second, and third year method books by the end of the school year. He competed in five events at ASBOA Solo & Ensemble earning first division ratings for each event, including solo tuba. That summer (2013) Ray earned 1st Band, 1st Chair at the University of Arkansas at Monticello Band Camp, competing against 2nd and 3rd year players.

In 10th grade, Ray earned 1st Band, 3rd Chair at the ASBOA High School All-Region auditions. He then earned 1st Band, 1st Chair at the Four States Bandmasters Association Honor Band Clinic in Texarkana, Texas; competing against students from Arkansas, Oklahoma, Louisiana, and Texas. He then earned 2ndChair in the Arkansas All-State Symphonic Band and performed with that group at the All-State Conference at the Hot Springs Convention Center in February. Ray then earned a first division rating for solo at the Region Solo & Ensemble Competition, followed by a first division at the ASBOA State Solo & Ensemble competition. The summer following 10th grade, Ray was named “Outstanding Male Camper” in his band for the week at the Henderson State University Band Camp.

So far in 11th grade, Ray was selected to the UCA High School Honor Band at the University of Central Arkansas where he played under the direction of Paul Pompiel, the band director at the University of Kansas. Ray earned 1st Band, 2nd Chair at All-Region auditions, and 4th Chair in the ASBOA All-State Concert Band. He will be performing with this group February 16 through the 18th at the Hot Springs Convention Center.

Ray is a member of National Honor Society, the Bauxite HS Quiz Bowl team, Golf Team, and the Bauxite HS Bowling team. He is active in the youth choir, “Pure Energy” at First Baptist Church in Benton and works at Wendy’s Restaurant in Bryant.