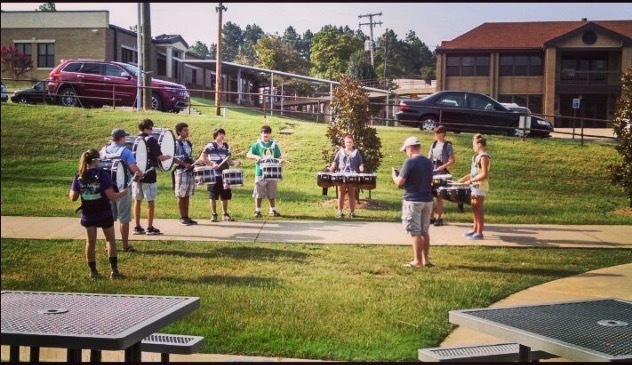 Mr. Cooper and the BHS Drum Line made a very aggressive line at Miner Academy earlier this year.  Ms West and myself thought that it was a show of defiance and an act of war.  We blockaded the building living on leftover ketchup and coffee grounds.  We were holed up for almost 8 minutes before we realized that they were just practicing for the next pep rally.  Good job BHS band, keep that pep in your step!