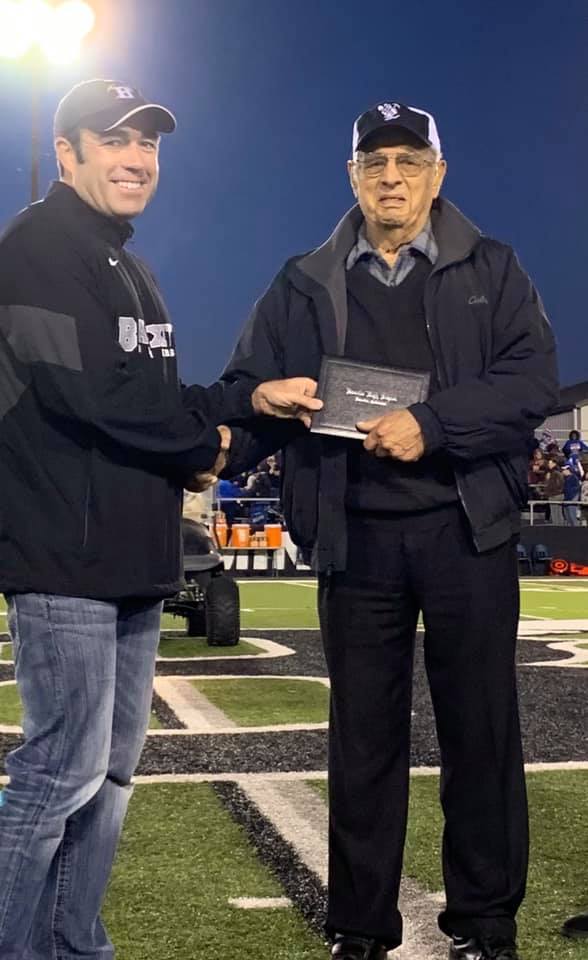 A move for the Spann family from the Sardis community to Bauxite brought Hubert into the Bauxite School System when he was in the 3rd grade. He continued at Bauxite through the 9th grade.

At the end of the 43-44 football season, 15 year old Hubert Spann was named to the AR Class B All-State Team playing with the likes of Ralph Brooks, Leon “Muscles” Campbell, and Earl “Tater” Sweeten. The team record for the tear was 7 wins, 1 loss, and 1 tie.

An injury at the end of his 9th grade year made Hubert ineligible to play football the following year. With a war going on, and the young Mr. Spann wanting to do his part, he left school and joined the US Marine Corps, where he finished out WWII in Guam and Northern China.

After his discharge from the Marines, he returned home, completed his GED, finished one year at Arkansas Tech, and then transferred to College of the Ozarks where he received his Bachelor of Science degree in Pharmacy in 1951. He then went on to work as a pharmacist for almost sixty-five years in both Tennessee and Arkansas, all without a high school diploma. Until now.

It is not often we get the chance to honor our veterans in this way, but Bauxite Schools is privileged and honored to be able to recognize Mr. Hubert Spann for his service and award him with his high school diploma. Thank you, Mr. Spann, for your service to your country and congratulations!!